The suspects, Sule Ibrahim, Ndubuisi Friday, Basil Chukuma, Ifeanyi Hycinth, Jacob Zakari, Jaduwa Thlama and Victor Essien, were granted bail in the sum of N10 million each with a surety each in like sum.
Justice Ambrose Allagoah, who ruled on the bail application of the suspects, said that their sureties must show evidence of landed property within Jos metropolis. He said that the addresses of such persons must also be verified by the court’s registry.
“Each surety must also swear to an affidavit of means and must submit two passport photograph as part of the bail conditions,” Allagoah declared.
The counsel to the accused persons, Mr. A. T. Pankyes, while pleading for their release on bail, argued that the offence was a bailable one. Pankyes also pointed out that the accused had been in detention for more than five months, and argued that it would serve the cause of justice if they were released on bail.
The Prosecution Counsel, Mr Ambrose Egoh, however objected to the bail application on the premise that the offence was “very serious” and “rampant” in the country. “My Lord, the suspects are likely to escape justice if granted bail. It will be in the interest of justice to refuse the applicants bail. 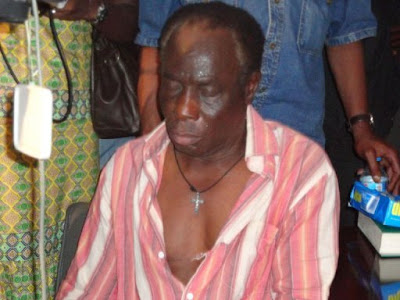 “It will not be prejudice if the application is refused,” Egoh said.
Allagoah, in his ruling on the bail application, granted the bail and warned the accused not to tamper with the rule of justice.
He advised them to always present themselves during hearing of the case.
The accused persons are being tried on three-count charge of terrorism contrary to section 516 of Criminal Code Act Cap C38 law of the Federation of Nigeria and section 1 (2)(c)(i) and (ii)of the Terrorism Act.
The accused persons allegedly committed the offence on Aug. 12, 2011, along Rayfield road in Jos Metropolis, where they abducted and forced Obi into a military vehicle and took him to Kano.

The suspects reportedly demanded a ransom of one billion naira from his son, Mikel. The case has been adjourned to March 8, for hearing.