WASHINGTON (Reuters) – South African grocer Shoprite spends $20,000 a week in import permits to truck meat, milk and other goods to its stores in neighboring Zambia. One of its trucks may need as many as 1,600 documents to cross a border in southern Africa.
Another major South African retailer Woolworths pays full tariffs to transport food and clothing to its franchise stores within the Southern African Development Community (SADC) regional trade bloc because some documentation is too costly.
Such examples of red tape and trade barriers are costing Africa billions of dollars and depriving the region of new sources of economic growth, according to a new World Bank report.
“It is clear that Africa is not reaching its potential for regional trade,” said Obiageli Ezekwesili, World Bank vice president for Africa and a former Nigerian minister.
“African leaders must now back aspiration with action and work together to align the policies, institutions and investments needed to unblock (trade) barriers,” she added.
Just last month, a leaders’ summit of the African Union in Ethiopia called for a continental free trade area by 2017, a move that means more countries will have to align their policies and institutions to create an Africa-wide market.
Blocks of countries have taken steps to integrate but higher trading costs have also led to significant price differences between countries. World Bank research shows that maize in Juba, in South Sudan, is about three times more expensive than in neighboring Uganda.
Africa’s economies are growing faster than almost every other region in the world except for developing Asia, and more trade would boost growth, reduce poverty and create more jobs, the World Bank said.
While the International Monetary recently cut its forecast for world growth due to a worsening euro zone debt crisis, it projected African economies would grow at a healthy 5.5 percent in 2012 and 5.3 percent in 2013.
Oil-rich countries like Angola are set to expand by around 10 percent this year and even non-oil producers like Ethiopia, Kenya, Tanzania and Botswana are averaging over 5 percent annually.
To be sure, the World Bank believes Africa needs to grow at around 7 percent a year on average to make a dent in poverty and trading more with itself can help.
“The cross-border production networks that have been a salient feature of development in other regions, especially east Asia, have yet to materialize in Africa,” said Marcelo Giugale, the World Bank’s director of economic policy and poverty reduction program for Africa.
The World Bank said that while African exports have grown strongly over the last decade, export growth has typically been driven by commodities like oil and metals.
To have a larger economic impact, Africa will have to diversify from precious metals and other commodities and create a market of basic manufacturing goods such as plastics, paints, construction materials, cosmetics and pharmaceuticals.
While official data on cross border trade is hard to come by in Africa, the World Bank said unrecorded trade flows represent a “significant” share of cross-border trade in the region.
In some African countries, informal regional trade flows represent up to 90 percent of official flows, with the vast majority of cross border trade involving staple food, livestock and poor-quality consumer goods.
Trade barriers and red tape also feed corruption, with mainly women traders victims of bribery by police, military and customs officials, the World Bank said. Traders are exposed to beatings, verbal insults, sexual harassment and even rape, with much of the abuse unreported. 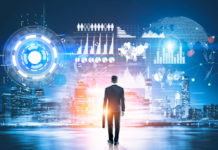 Privacy has to be a driving part of the digital economy

Privacy has to be a driving part of the digital economy

More than a hundred migrants feared dead off Libya coast