Home National Human Rights Nigerian Police nabs Suspected Rapist
Share on Facebook
Tweet on Twitter
The police in Lagos on Monday confirmed the arrest of a suspected rapist, who they said had evaded many earlier attempt to arrest him.
The 27-year old suspect and three other men, were alleged to have gang-raped a 17-year old girl on January 24 at the Shasha area of Lagos Metropolis.
The four men allegedly held the girl hostage for hours and lacerated her body with a sharp object and poured some yet unidentified substance into her private part, after the rape.
The suspect and his gang, it was alleged, later dumped the raped girl, who had become unconscious, at a refuse dumpsite, from where she was picked up and taken to hospital by some good Nigerians.
The Lagos State Police Public Relations Officer, Mr. Joseph Jaiyeoba, confirmed the arrest of the suspected rapist to the News Agency of Nigeria (NAN), adding that the case would soon be in court.
According to Jaiyeoba the arrest of the suspect followed a petition by the co-ordinator of Esther Child Foundation, Mrs. Esther Ugwu, to the Deputy Governor of Lagos State on the alleged rape.
“Intervention came from Alausa police station which effected the arrest of the suspect on Thursday.
“The matter will be charged to court without delay,” he assured.
Source:PMNews 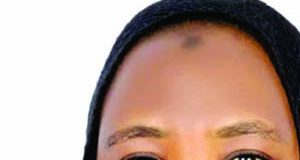 How Nigerian girls are sold into slavery in Lebanon, others –...