Explosive information received by SaharaReporters from the ongoing interrogation of Boko Haram suspect Abuh Qaqa shows that the Islamist militia leader, Imam Shekau, has been using bloodletting and brutality to keep internal division and dissension under control.
Abu Qaqa, the Boko Haram spokesman who was arrested last week, has reportedly told interrogators that members who challenged the group’s use of violence, including seven recently, are slaughtered in front of their wives and children.
Qaqa, who is from Kogi State, unveiled a worrisome trend on the part of the non-Kanuris in the arrest of members, a pattern that suggested deliberate internal betrayal of the Hausas, Fulanis and others.
In the view of the 42-year old, who holds the Ordinary National Diploma (OND) in Social Work and Administration from Ramat Polytechnic in Maiduguri, “It is either that the security agents were so good at their job, or some of our members were moles giving us out.”

Qaqa told the investigators of the weariness of members even before his arrest, maintaining that Shekau was using fear to keep them violent.  “Most of us were tired of fighting but we couldn’t come out to say so because of fear of reprisal from Leader Imam Shekau on dissenting members.”
It has now been learnt that Qaqa, who is from Eviya South Village in Ajaokuta Local Government Area of Kogi, travelled with a variety of identities as a member of Boko Haram, including: Mohammed Shauibu, Mohammed Bello, Abu Tiamiya, and Abdulrahman Abdullahi.
Following the Bauchi jail break when he regained his freedom, however, he adopted “Abu Dardaa,” but was Abu Qaqa until his arrest last week. 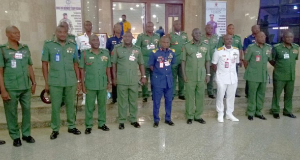